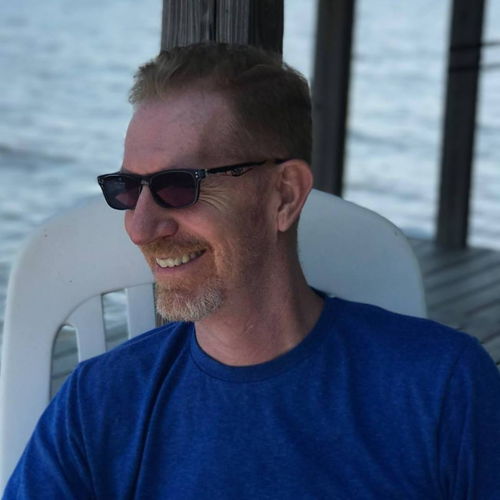 from NC
Story #435
Yeah, right. Ordinary people don’t end up on the radio! In my case…that’s exactly what happened. In fact, when you think about it, isn’t that the way God usually does it? He uses regular folks to build His Kingdom and that way, there’s no doubt about who gets the credit.

I come from a good family. My Dad was the breadwinner while my mother stayed home to take care of the four kids – me being the “baby”. We were church-going people but I don’t remember ever hearing the actual Gospel of Jesus Christ. Lots of moralism but little to no discipleship. I was a good student. I was very social. I obeyed most of the rules. Sadly, my college years gave my sinful side the freedom to run…and I ran hard.

Forget God. Dismiss my parents. Chase money by working hard and chase sex by manipulating girls. I thought I was pretty awesome at the time and I let everybody in on the secret. Looking back, I was just a very lost young man chasing every dead end promise the world (and the devil and my flesh) had to offer.

Fast-forward a few years. My wife and I were married in 1992. We thought we were Christians…but we were wrong. That all changed in the Fall of 1994 as God set the trap that would capture our souls forever.

We moved to Raleigh, NC in 1997 to start our own house painting company (I had been in that business since 1985). We went on a wing and a prayer with our toddler son (Hayden) and started from scratch. Amelia came along in 1998. Clay joined the fray in 2001. Caroline rounded out the foursome in 2004.

My walk with the Lord had started late and with a whimper, but God tossed several amazing opportunities in my path and gave me the faith to give them a shot…and that’s when I left my life as a “pew potato” and enlisted as a “Christian Wacko”. Since then, God has taken me on a grand adventure including mission trips to Africa, Thailand, and Iraq. I taught an adult Sunday school for nearly five years and have led many Truth Project groups, as well. Called2Action has been at the center of it all since 2004 followed by the radio show, which started in November of 2007.

God sold our business in May of 2011 which really put our faith to the test…but never His provision. There have been plenty of dark days as well as difficult seasons, but the Lord has been good and sufficient through it all. Today, I stand amazed. We struggle to pay the bills, pay for college, and try to save for the future. We get frustrated with our parenting and with our children. Our marriage isn’t perfect, nor is our walk with God. I lose my temper, say things I shouldn’t, and fall short just about everyday.

Like I said at the beginning…an ordinary man who believes in an extraordinary God.
You can learn more about Steve here.
The above link will take you to a site not related to 1MillionStories.org. We do not endorse opinions expressed on external websites due to the inability to properly review the content of every linked site.