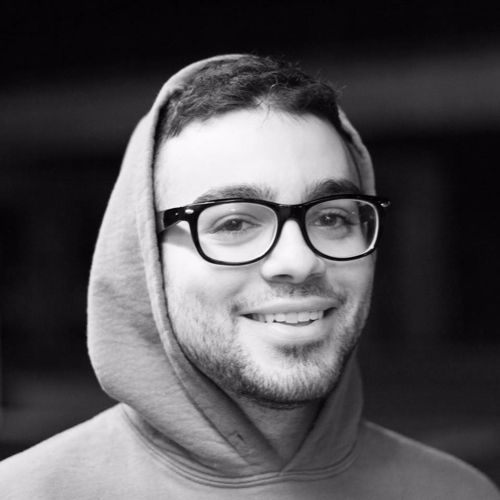 from NY
Story #447
My name is Charles Rizzuto. I grew up in a town called Oceanside, New York. I spent most of my life in a church but I hated it. I felt as if everyone was fake and pretended to be holy so when I was 15 I decided to fight with my mom not to go to church. At around that time my parents started fighting more, my relationship with my sisters was not so great, and my social life in school started to get better. I found myself deep into alcohol, I remember looking forward to friday and saturday just to drink my pain away with my friends. Next thing I know I’m graduating high school and my parents filed for divorce. I couldn’t help to think every day for the next two years as to why I was not good enough for my own father to try to work things out for my mother and it only dug me deeper into darkness. I resented him a lot. My girlfriend of three years who was with me through everything cheated on me with my best friend. I wanted to marry her and spend the rest of my life with her. I was left with absolutely nothing. I spent months alone in my room angry at the world.

I remember telling myself life is absolutely against me and I see no purpose of trying to fight for it anymore and I had no one to talk me out of it. I was driving home from work one night, I got out at midnight and no one was really around and I so I made the decision I was going to just drive into a pole as fast as I can and just be done with all the pain but a voice told me don’t.

My mother was a devoted Christian and my father not so much. The Irony of it all is that my Father first brought my Mother to church.When I was younger I attended youth group every wednesday, I thought I knew God. My youth pastor at the time was and still is my hero. Looking back now even though I was a troubled kid he always some how showed me what selfless love was. He was never the problem, I always figured that the kids at church were just playing holy so I hated going. I was so bounded by this idea that you have to be perfect to go to church and yet all I saw was fake people full of faults. I couldn’t get out of my head that I was not perfect and I should not go. Every time my mother asked me to sit in service with her all I heard was a record saying “Charles, you aren’t good enough, you’ll never be good enough.” Over and over again I kept pounding this idea into my head that God put me on this earth to suffer. It was my own pride and anger blinding me. I didn't understand why I kept facing hardship.

It was August of 2015 and my friend sent me a picture of her and her friend. I was really curious as to who this girl was but I didn’t pay any mind to it. Two weeks later I have no idea what possessed me to get up and go to church but I joined my mother on a Wednesday night. I visited some old friends from my youth group who are now leaders and there she was, the girl from the picture. I don’t know why but I was so drawn to her. I decided to join youth leadership, my friend Vinny as it turns out took over the youth group and became a pastor. He gave me a chance without knowing anything about me or my life. My thought process was along the lines of “If I get close to these kids and make it seem like I know what I’m talking about she may just like me”. Two weeks later a video is played right before service of Luke 23 which is Jesus on the cross at calvary. The video was so descriptive of the story of the man next to him also on a cross who was a thief and contributed nothing to society. The story goes along the lines of the man on the cross next to him told him that he believed him being God even though everyone was mocking him. Jesus replied “Today you will be with me in paradise”. Suddenly I fell to my knees and I felt the spirit come on me. Everything I thought I knew about life suddenly changed.

Redemption slapped me in the face. Within seconds I questioned if Jesus was God then why did he let a man who did wrong till his dying breath into heaven? Where’s the Justification in that? It’s because he loved him. He loves us too, enough to die hanging and suffocating on two pieces of wood. I gave my life to Christ that night.

Now I’m lucky enough to realize that my life has a purpose and I’m forgiven. Christ has made me realize that I don’t need one person's love or acceptance because I have his. I wanted to know more, I wanted to grow. I wanted to be able to prove my faith. So I joined a Bible College to be a youth pastor. My story may not be incredible, I most certainly didn’t grow 4 inches or fly. I did experience an unforgettable love and it would be selfish not to tell my story. Now I’m training to love teenagers because I believe they are the next generation and they will define how the world is. 74% of kids who graduate high school never go back to church and I have a vision to change that to as small as 73%. I want to see his love change the world.

Click here to send a direct email to Charles.